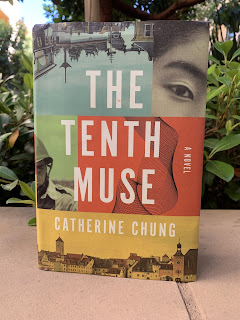 Set in the 1950s, The Tenth Muse is a story about a mathematics prodigy who is in search of her real identity.

Katherine realizes that she is different and that her parents aren’t who they seem to be. She grows up to be a mathematics genuius and finds her place amidst the research scholars and top universities. While trying to conquer the Riemann Hypothesis, she stumbles upon a theorem which holds the key to a secret and her past that is buried during the World War II. What does Katherine discover?

Narrated from the first person voice of the protagonist, The Tenth Muse is heartbreaking and insightful at the same time. It’s sort of a coming of age story and showcases a woman’s struggle to gain acceptance and attain success in a man’s world.

The author delves deep into the complexity of both mathematics theorems and human emotions. She showcases how several lives were impacted during Workd war II. It’s also fascinating to note how she the title is inspired by certain Greek myth and cleverly weaved into the story.

Overall a compelling and captivating read with a lot of depth and history. Emphasizes the fact that it’s not a bane to be different from the rest.

Popular posts from this blog 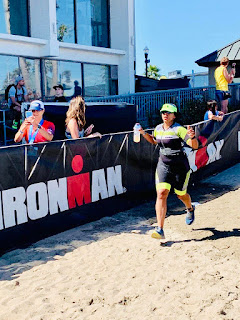 The journey to my 2ndIronman 70.3 was literally a seesaw battle right from the time I signed up for the event until I embraced the finish line. Probably that’s the reason why this is more memorable than my first Ironman 70.3 which incidentally was in the same place-Santa Cruz.


When I signed up for Ironman 70.3 Santa Cruz in December 2018, I was confident that I’d be able to train for it better this time. I was looking forward to joining the Team Asha program and training with them in the peak season from April to August.
While I was able to make it for most of the open water sessions on Saturdays, I couldn’t accompany them on the bike rides on Sundays due to some personal commitments at home. Balancing my time with training and entertaining family who were visiting, was proving to be quite difficult with no time for recovery.
To do or not to do:When I did manage to go on a few rides in July, I covered not more than 20-26 miles. I decided to wait and watch how I fared in the 2 Olympic …
Read more 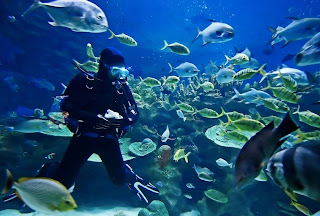 Swimming deftly in schools, the colourful species seemed to exist in a world of their own. Yet they didn’t appear lost to an extent where they failed to recognize a masked stranger in their abode. They were probably used to seeing the cylinder hooked species with false fins occasionally haunting their aquatic town. However it still didn’t deter them from that initial reaction of being startled or wary.

Reassurance by merely admiring them from a safe distance through a series of bubbles gradually instilled the confidence in them to get used to us visitors. As we wandered about in the world of corals and vertebrates, it was indeed hard to break away from this enchanting spell cast upon us as the pressure gauge often nudged to us the time limit underwater. No sooner did we get to know the water folk than it was time to ascend to the surface. They were immersed in their own bustling activities not paying heed so much as we bid farewell to this mesmerizing marine world.

When we believed in mermaids: Book review 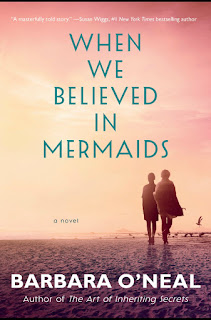 2 sisters, an ocean and buried secrets.

For 15 years, Kit had always believed that her elder sister Josie had died in a train during a terrorist attack. One day she sees an image of a woman who bears a striking resemblance to her on television. It’s during live coverage news from a nightclub in Auckland. Kit is determined to to find the truth and embarks on a journey to get to the bottom of things.

Her trip to New Zealand results in some shocking discoveries as she unfolds the memories of her past.

The story is narrated in first person with alternating perspectives from Kit and Mari (Josie). Set partly in California and in New Zealand, readers are taken through the beautiful locales of mountains, oceans and sunsets. The sport of surfing plays a vital role in the book.

The pace is a little slow in some parts but overall an engaging read.

Whirlwind
A journalist, author, runner and a triathlete with a never say die attitude!