Showing posts from July, 2008
Show all

July 28, 2008
-By Swetha Amit http://content.msn.co.in/MSNContribute/Story.aspx?PageID=c491338c-fc4f-4a3e-bb3d-8f79b0917b95 26/7: A day which could have been just another date on the yearly calendar in any other circumstance. Yet it chose to ring fatal bells that echo in the ears of people even today. What could have ideally been a birthday celebration of many has ironically turned out to be the death anniversaries of several of our fellow humans. The two forms of terror have mercilessly enticed away numerous lives leaving us pining for our beloved ones.

The unforgettable ferocity of nature which took a fatal turn in Mumbai 26/7 2005 has indeed left millions in a jolt. The unpredictable stance of the monsoons and the inability to control such natural forces has reduced us to helpless beings that can only clasp our hands in prayer. However it is the other form of man made masked terror that makes us ponder and wonder about the barbaric stance adopted and at what cost. 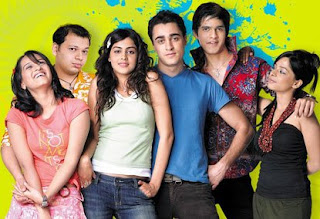 -By Swetha Amit http://content.msn.co.in/MSNContribute/Story.aspx?PageID=68abb5bb-9eae-4c36-a1d8-e698e5585af4 Love stories have always proved to a favorite amongst film makers. Some have adopted an amateurish and sweet stance. While a few have portrayed maturity of self sacrifice and there have been others which have shocked the viewers with its dark streak of murder and swinging moralities. The latter seems to have ruled Bollywood on the pretext on ‘intelligent’ cinema almost forgetting the animate appeal it once had to win the hearts of its audience.

Aamir Khan Productions’ Jaane tu ya jaane na manages to revive the uncorrupted aspect of a teen romance which blossoms over time into the brink of adulthood, retaining its unadulterated essence. Its key element lies in its vibrant and fresh appeal. And the latter is enhanced with new faces along with the debut launch of a leading actors’ nephew.

The story starts with a bunch of youngsters humming the lyrics, same as the title on their way …
6 comments
Read more 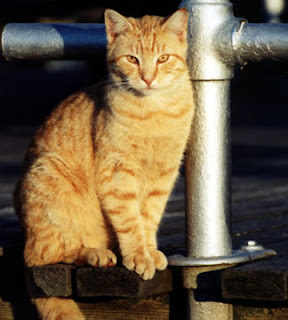 -By Swetha Amit http://content.msn.co.in/MSNContribute/Story.aspx?PageID=526da094-f648-40b0-8aec-cea1d23d40d9 The previous night had been a rather late one as a result of the screening of a Rahul Bose film which I couldn’t miss. It was around half past two when I dozed off quietly on my leather couch. The tinkering droplets of rain continued to hit the window panes with an unusual ferocity along with the howling gale of wind. I sleepily looked at the clock which showed 5:30 am. Just as I was about to revert to my beauty sleep, I heard an unmistakable mew.
A moment’s relapse had me pondering if it was imaginary only to hear it again, this time being a decibel louder. Baffled at the proximity of the sound, I slowly reached for the door. I couldn’t ignore the disbelief and surprise in my mind at the fact of a cat loitering on the tenth floor at an odd hour. The elevator was already doing its morning rounds and the wailing seemed to come in the vicinity. As I looked quizzically at the lift …
3 comments
Read more
More posts

Whirlwind
A journalist, runner and a triathlete with a never say die attitude!